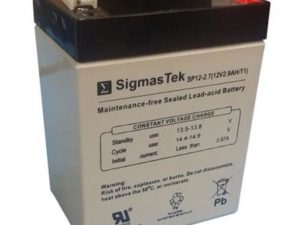 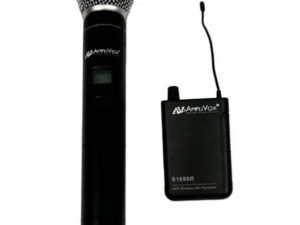 The AmpliVox Sound Systems S1601 Lapel & Headset Microphone Wireless System is a wireless 16 Channel UHF kit that includes lapel microphone, headset microphone, bodypack transmitter, bodypack receiver. An alternative to the handheld microphone, lavalier and headset mics allow you to place the microphone as close to the talent as possible to get the best audio sound. The wireless mic is connected by a cable to the body pack transmitter that broadcasts a signal to the receiver. The awaiting receiver is attached to a PA system or audio recording device.

Lapel microphones (also known as lavalier or lav mics) are popularly used for television, theatre and public speaking where a small microphone is required or the microphone needs to be hidden. Lav mics come with small clips that attaches to collars, ties, jackets, or hidden under clothing, with a cord from the lavalier mic that runs down and connects to a bodypack transmitter placed in a pocket or clipped to a belt around your waist.

Headset microphones attach to the bodypack transmitter in the same fashion as a lav mic and may be more practical to use in a performance where the subject is moving around quickly such as an aerobics instructor, singer or dancer. The headset is worn as a headband behind the head and around the ear as the mic hovers near your mouth. The sound level of a headset microphone is more consistent than a lavalier since the mic is often positioned just an inch or so from the sound source while a lavalier might be positioned four or five inches away. Featuring UHF wireless receiver with 16 Channels for incredible clarity wherever you speak, the S1601 Lapel and Headset Mic Kit has an effective range of 300 ft. with a frequency of 584 MHz – 608 MHz. 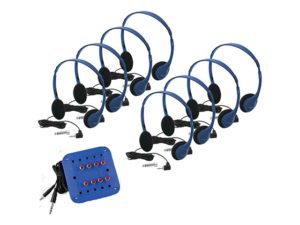 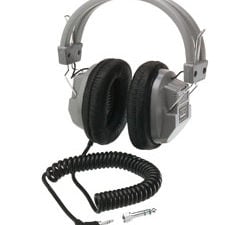 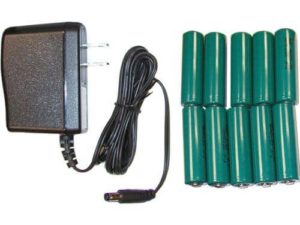 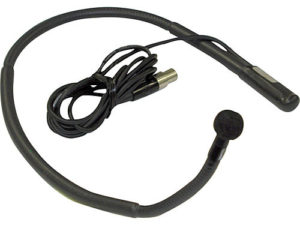 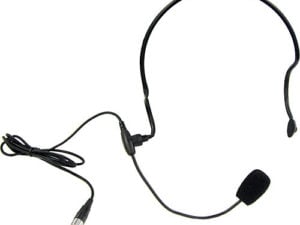 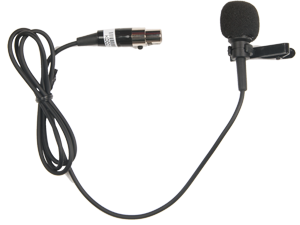 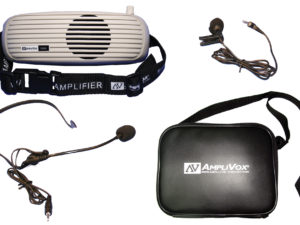 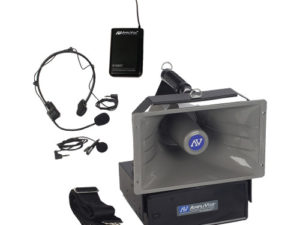